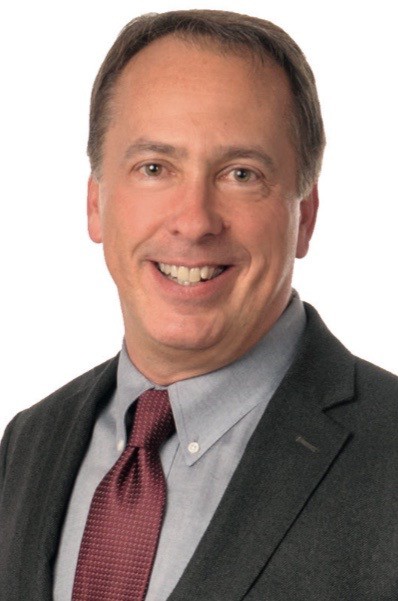 Dave: I am a Real Geek. I have a website with Real Geeks and obviously, Vyral Marketing and Real Geeks have done a lot of videos together. I was impressed with what I saw with Frank in his interview process. I looked into it a little bit more, read some reviews on it, and decided to give him a shot.

Lindsay: What what motivated you to call us?

Dave: I had wanted to do videos for several years and I’m just one of these people who really needs to know what I'm doing. I’m not the person that can just pick up the iPhone and record myself and do it. I need a little bit more professional production and decided, after I haven't done it for three years and it didn't look like it was going to, I decided to give it a try.

Lindsay: Can you summarize where you're at with your business?

Dave: So 15 years of business, I have a decent business. It's not where I would like it to be. We did about about $15 million last year which in this market is about 60 transactions. I have a buyer's agent, a marketing assistant, a transaction coordinator, and I do the listings. It's a decent business, I think we’ve got some good systems in place. I would really like to try to improve it, double it, maybe triple it. And I am looking to do some marketing that I hadn't done before. Up to this point, the majority of my business has really come from past clients, sphere of influence, business connections. This last year, I signed on with Real Geeks to sort of look into the marketing side of it because I feel like we had sort of hit a plateau as far as how I can move forward with just my previous clients kind of thing. That’s it in a nutshell. I think it's a good business where we should be growing. I started in  2001. I focused on marketing. I focused on a lot of things that other agents probably hadn’t. I started a team back when a lot of people getting out of the business in 2006 and 2007, just because my business was actually doing reasonably well and it’s really gotten better since then.

Lindsay: What are your business goals?

Dave: For this year, we have the goal of $17 million this year, about 75 transactions. I would also like to to continue to expand the team, bring in an additional buyer's agent. The person that's doing our our marketing right now on a part-time basis, I believe she'd like to potentially come on board full-time as our marketing person and maybe do some transactions. I want to be able to create a business big enough to bring her in full-time when she finishes college, which is in June. I want us to continue to grow. It’s about getting systems in place that will allow me to have better control over my business. Up to this point, a lot of it has been just kind of waiting for business to come in the door, waiting for referrals. I really want to have a business where I’ve got a little bit better control, where I can sort of understand how my investments will bring me a two or three times return on investment, and work it a little bit more as a business, which I probably have not. Mostly, I haven't needed to. It's been good. At this point, I really would like to grow.

Lindsay: How many people do you think you have in your database now?

Lindsay: How many of those people do you think you truly know?

Dave: Well, the 350, plus 400 are my close contacts sphere. Those are the people that are probably the ones that I know most, that I pick up the phone and call. There are probably many beyond that who I might be able to call but, you know, 15 years in the business you don’t remember everybody, obviously.

Lindsay: So are you doing anything now to market to that database?

Dave: Since I got into business, I send out some kind of mailing piece. One of them has been a Buffini mailing, he is my current coach, so we send out a mailing. Right now, it's kind of a newsletter, as well as sending out an American lifestyle magazine to my As and A-pluses. I do an email once a month, Christmas cards, client appreciation event, birthday cards. I mean, the standard sort of fare, I guess.

Lindsay: What would you say is working? What's not working?

Dave: I would have to believe that probably everything is working well. Is it working as well as it could? I don't know. But I've obviously changed things over the years if I felt it wasn't working well or got feedback that it wasn't coming across well. Hopefully, nothing that I'm doing right now is not working well, at least until I figure out something better that it may not be working as well.

Lindsay: So, why did you end up hiring us? Why didn't you try this yourself?

Dave: I just don't like the idea of just winging it. You know, it's just not my thing. I'm somebody that likes to plan things out and do it a certain way. I just wouldn't be comfortable with just trying it myself. I thought I would be. I’ve been thinking for three, maybe four years that I should be doing the videos and I haven't done it. This way I've got two things: I’ve got a professional company, as well as some coaching and accountability to actually get it done.

Lindsay: What would you say is your personality type?

Dave: Well, I could give you this profile are you familiar with this book? I’m a High D-I. That’s probably the easiest way to describe it, if you have any clue what that is.

Lindsay: How do you like to be communicated with?

Lindsay: And finally, who should we thank for your business?

Dave: It would probably be Real Geeks, indirectly. I think it if you want to call it an Internet connection, because it was really just the videos that Jeff and Frank put together that sort of made me look into it further. There’s not an individual who said, “Hey, try Vyral Marketing.”