Before making the transition into Real Estate, Robert Mack spent his time as a High School math teacher. His most important lessons for that profession carried over into his current Real Estate business where he leads a small profitable team.

"I knew that, [Vyral] was actually at least going to give me those two touches per month to my database to start with. That was really what was most important. Consistency was what I was looking for. - Robert Mack"

One of the biggest questions Robert had for himself was made easier by his mentor, Tom Ferry, who said "you need to get into video". That question was "How do I make the jump from having an ROI to something like Vyral?"

He was already comfortable making the videos but it had no real strategy behind it. And in Real Estate with Marketing it's hard to really pinpoint where business is coming from. It could be a multitude of things, but Robert states that it seems that Vyral Marketing and the newsletter is always in that mix.

Before establishing a real database, Robert did business as a solo agent winging it, keeping numbers in his phone, writing on Post-It notes everywhere. He had to go through a lot of pain to get your database together. But the reality is that if we don't make the database a priority, it's probably going to take a lot longer to get it done.

Get to know Robert... 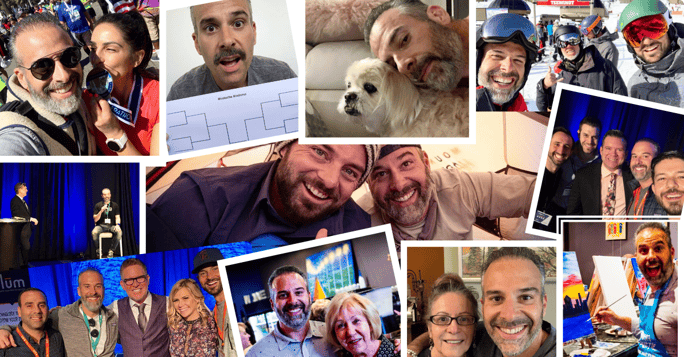